User Roles in Groups determine what actions or the access level of each user in a Group. Access levels range from read only to an administrator role. Group Administrators and creators of a Group can update the roles for the members in the Group. Follow these instructions below to update a User’s Role in a Group.

You can update individual User Roles as well as bulk update User Roles. To update a User Role, follow these instructions:

Step 2: Click the Group Members (person) icon to the right of the Group you want to update.

Step 3: Click the checkboxes to the left of the users that you want to update and click the yellow “Update Roles” button.

Step 4: Now, you can either bulk update all of the Users’ Roles or you can individually update each User’s Role. 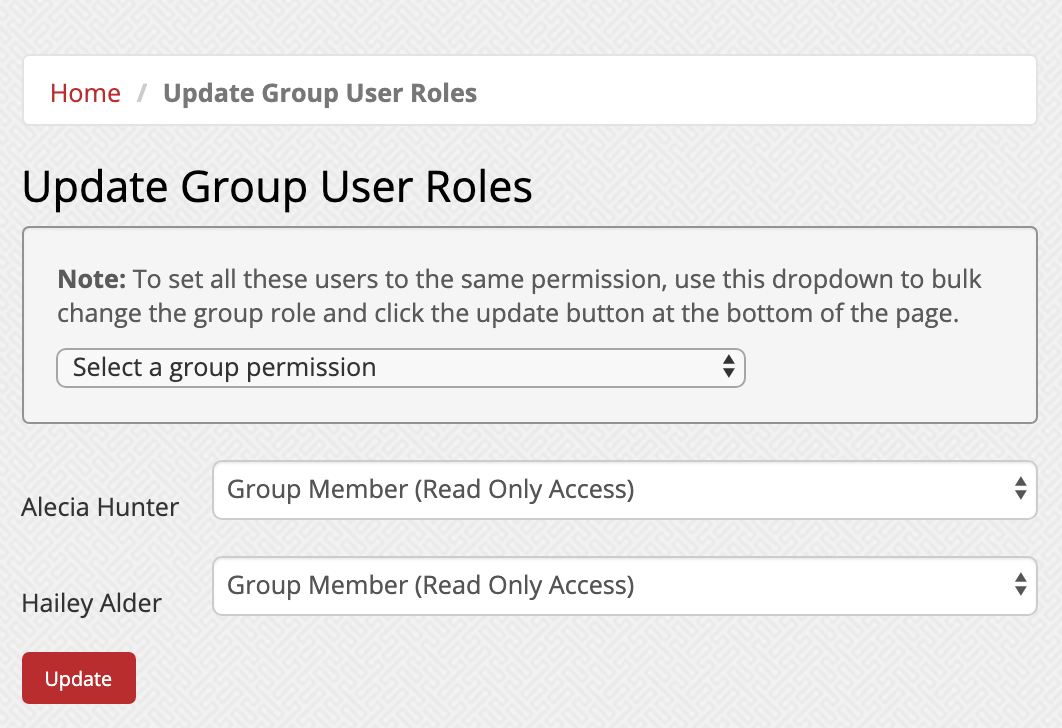 If you do not want all of the users to have the same User Role, you will want to update all of the selected User Roles individually. To adjust each individual’s Users Role, select the dropdown field to the right of the user’s name to change their User Role. These are the four role options:

Step 5: When you’ve finished changing all of the Roles, click “Update” to save these changes.