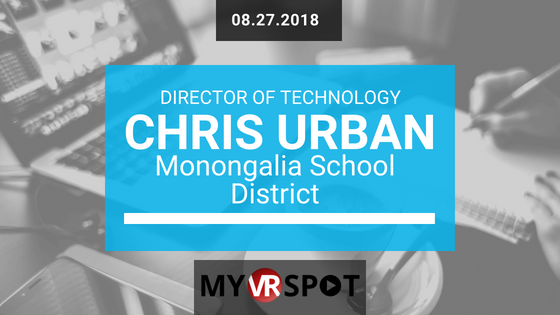 Chris Urban is the Director of Technology at Monongalia County Schools in Morgantown, West Virginia. She considers herself responsible in preparing more than 11,000 students for the real, ever-evolving world of technology. The district is made up of ten primary schools, five middle schools, three high schools and two alternative schools.

Chris’ professional experiences and technological curiosity may explain her successes. During her 20-plus years of teaching, she went above and beyond to use technology in her classrooms. When the district’s technology integration position became available, she was first in line, ultimately making her way into the Director of Technology position with her classroom foundation and gained technical experiences.

Since her advancement as the Director, she has accomplished many things. Going back to 2013, the district launched a one-to-one program with the help of a grant from the West Virginia Department of Education providing each student at a middle school with a laptop. In 2016, the district launched a one-to-one program at all schools, for students grades 3 to12, providing each student with a Chromebook.

But her dreams don’t stop there. Chris and her team are working towards a Bring-Your-Own-Device (BYOD) program, allowing students and staff to bring their own devices and use them in class for school purposes. This dream is still a few years away but it’s the vision. A good BYOD program is quite complementary to their existing one-to-one program, while she continues to procure enough computers for every student down to the 2nd grade. Lastly, she wants students to embrace some of the more advanced technologies and focus on things like coding augmented reality (AR) and virtual reality (VR).

But beyond the acquisition of technology, Chris has brought on an amazing support staff. She credits the district’s EdTech success largely to her team. Only half of the schools had full-time technology integration specialists when she stepped in as the Director, and now, every school has a full-time specialist.

In fact, Monongalia ranks 4th out of 55 school districts and Monongalia shows continuous county growth. Chris modestly explained to me, “We have amazing leaders in our district, from the students, to the teachers, to the school administrators to the district leadership and the Board of Education. We all work cohesively as a team and everyone should be credited.” 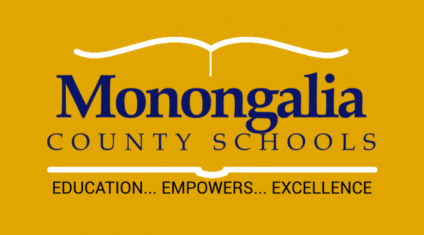 “2013 was the year that YouTube exploded into education, and as the idea of using videos to support curriculum was booming, we needed a way to bring them into the classroom,” Chris explained. But as so many teachers quickly learned, there are some risks when showing YouTube videos in the classroom, and these just weren’t risks the district was willing to take. “After learning about MyVRSpot’s tool for being able to show YouTube videos without the ads, pop-ups, and suggested related videos, I knew this was worth exploring”, Chris notes. “Until just recently, West Virginia schools blocked YouTube, but we are still able to use some of that relevant and appropriate content from YouTube through the MyVRSpot system,” she added.

Chris identified that teachers could easily use MyVRSpot’s YouTube feature in their classrooms. She described the steps: “Copy and paste the YouTube link into MyVRSpot and then easily share it with the students. Students can even view the video without an external username and password.”

Over the years, Chris has continued to add many of the MyVRSpot features that now include live streaming, closed captioning, and digital story creation. “There are just so many possibilities available through the system, that we haven’t even begun to harness all that we can do, and there are probably plenty that we haven’t even thought of.”

Three years ago, Chris added MyVRSpot’s Live Broadcasting solution to the district’s technology arsenal. She listed how the district is using this solution: “graduations — and not just high school, as our 5th grade and middle schools are doing it too. We are also streaming concerts, morning announcements, and even tadpoles — it’s always on! The secretaries love it because they’re never able to participate in the concerts and other events during the day, as they have to remain in the office, and they’re thankful. We have had family members or staff sick on the day of a performance but yet be able to watch their children’s performances. Even our military parents that are deployed can watch the stream, as well as grandparents and other extended family members.” 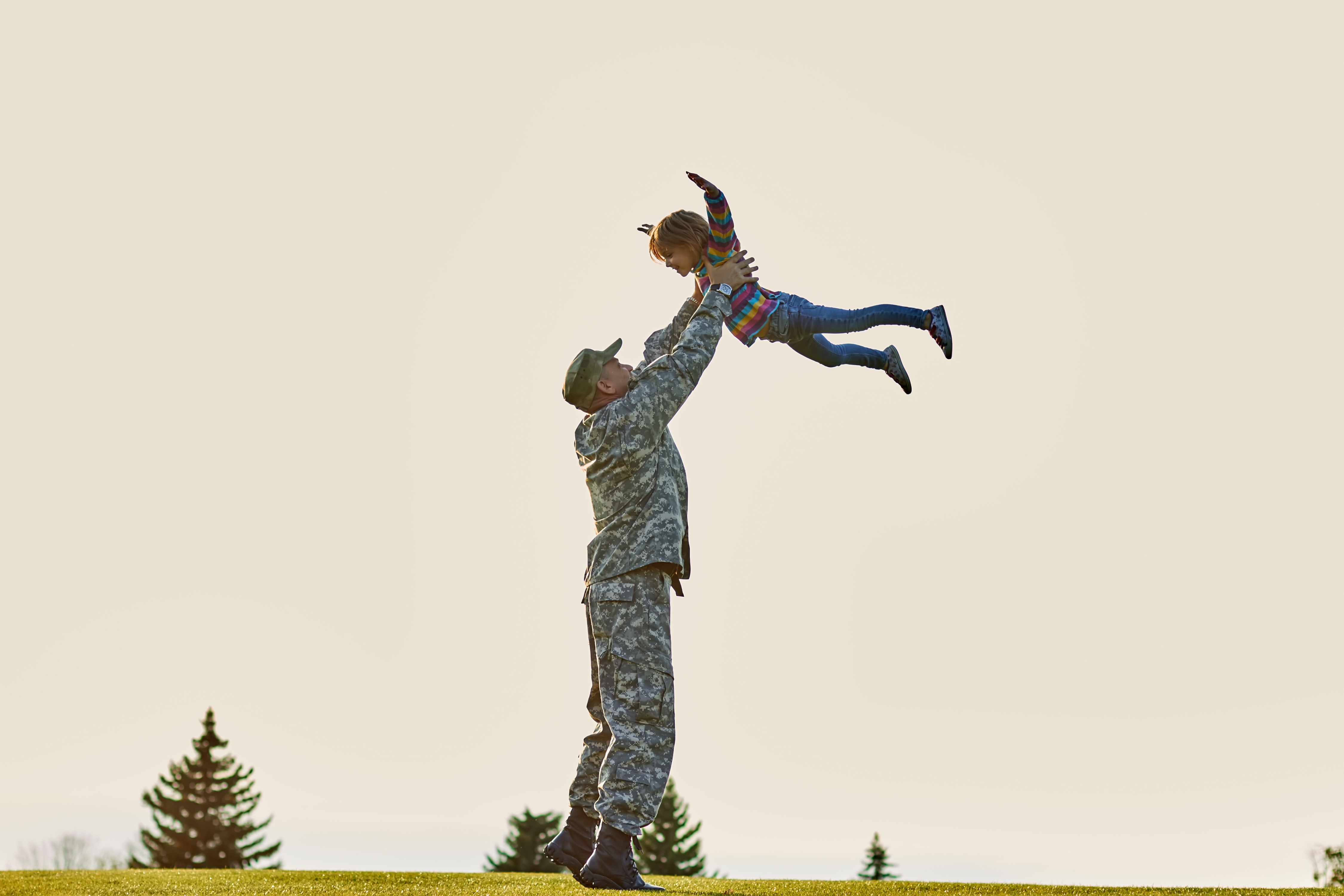 Rich Senatore has been a Technology Integration Specialist working with Chris, for nearly five years now. He describes his experiences with MyVRSpot in one of the elementary schools. 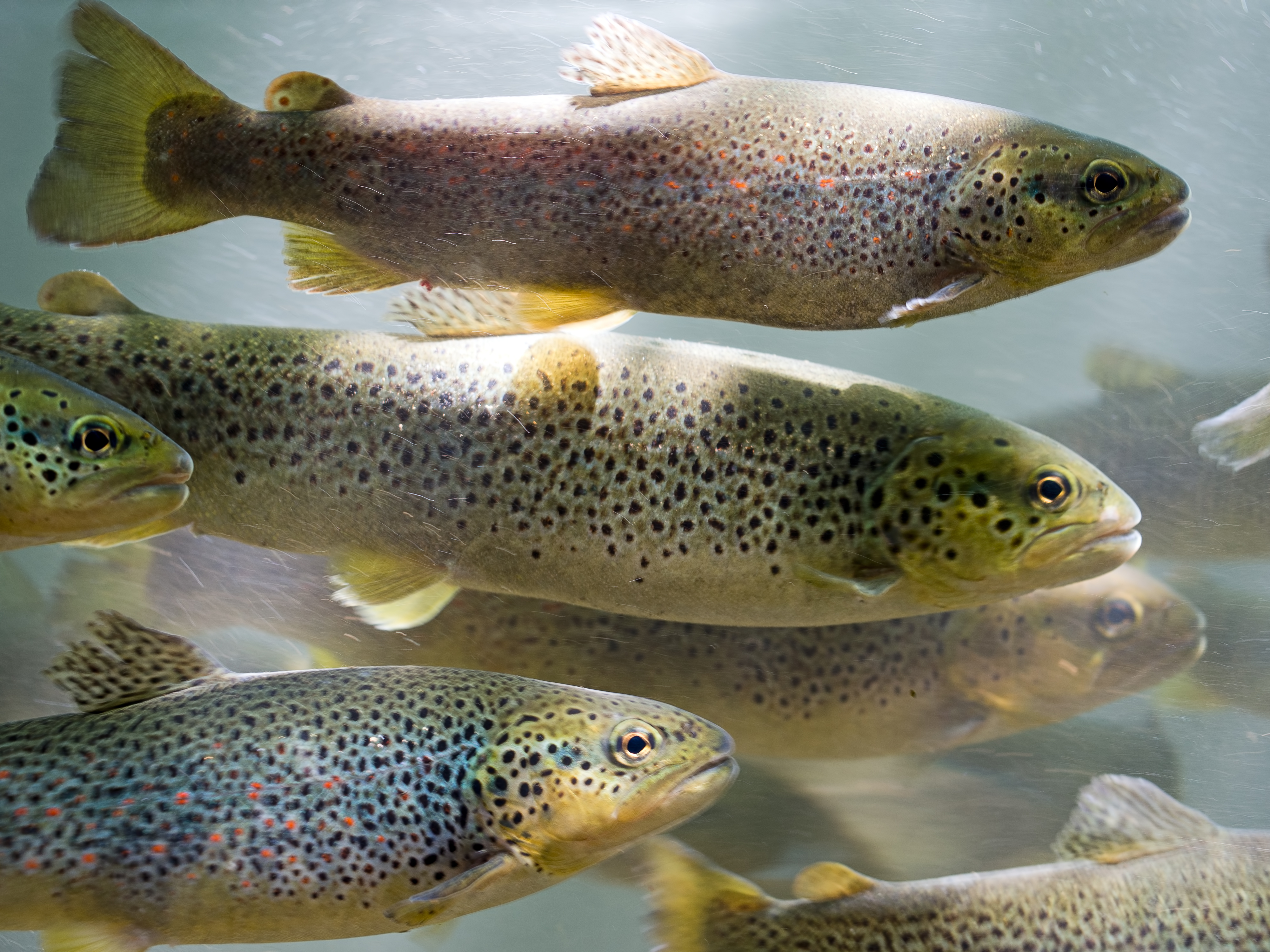 Rich explains the ease of using live broadcasting for morning announcements, “you can trim and embed the code to the website or an email. It’s available to parents and people who visit the website. We can now broadcast rather than use the intercom.”
The 4th-graders in one school got creative with live broadcasting. The kids begged Rich to stream their tank filled with baby trout so their parents could see them at their student-parent night. He did, and the 4th graders premiered it to their parents.

The students then took streaming to the next level. They really wanted to have a 24/7 stream of their fish-babies, allowing the students to visit the URL at any time to see how the babies were doing. This meant devoting a full-time channel just to stream the tank. What’s more, the students requested an underwater, in-tank channel. The students were disappointed to learn that wifi doesn’t really broadcast under water.

Creating and editing video is important for students nowadays, as well as giving them the ability to be online creators of content. With MyVRSpot’s integrated solution with Binumi, the world’s largest online digital story creation solution for K12, students are given a platform to create, manage, and share their video content.

“It’s very cool. I’m amazed as to how this is being used in some of our schools,” described Chris. “In fact, one of our high schools used this solution to create their entire digital yearbook. I never would have imagined using it for an entire yearbook…amazing”, she adds.

Rich’s elementary school created a website for a school-wide book club. He informed us on the steps: “Create a website–easy to create and easy to update, add columns, add the author’s background, add a color scheme, insert videos, audio recordings and pictures, and then embed your text.” Rich awed, “What are the other possibilities? And this was just an example in the elementary schools!” 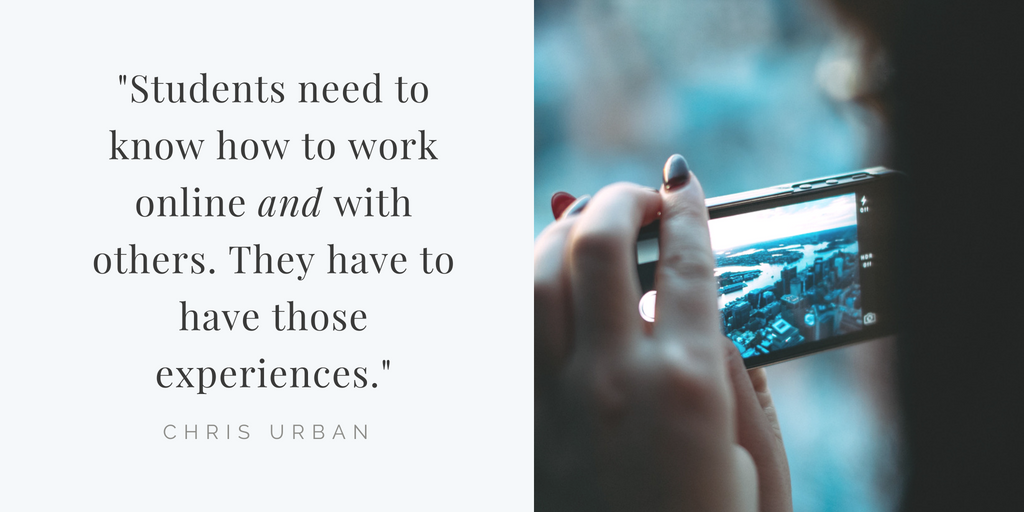 MyVRSpot supports student and teachers collaborating online and with others. Chris pleads, “The more that students can do online and have experiences working online, the better. Whether it is creating a video or media project with MyVRSpot or going into Google Classrooms–they have to be able to work and function in the online world. That is where the job force is going.”

“Students need to know how to work online and with others. They have to have those experiences. Create things. Create documents. Create videos. Learn to collaborate with other people,” she adds.

“This is not just for kids, but for teachers and parents.” Chris broadly asked, “Are their kids and students having those experiences? They need models. They need leaders.”

Chris closed the interview with this, “It’s the teachers and students that keep us moving forward. It’s them. The forward-thinking, educational leadership strengthens the community. Great technology programs are significant for great schools. People see the potential.”