Before editing a caption, there must be a caption file associated with the video, so the first step is to Request a Caption. First select a video from your gallery and click the file to bring us to the media player page. Click the Request Caption button under the media player. As a rule of thumb, each caption file will process in about half the length of the video file. We also suggest first submitting in English for best results so you can edit before translating. 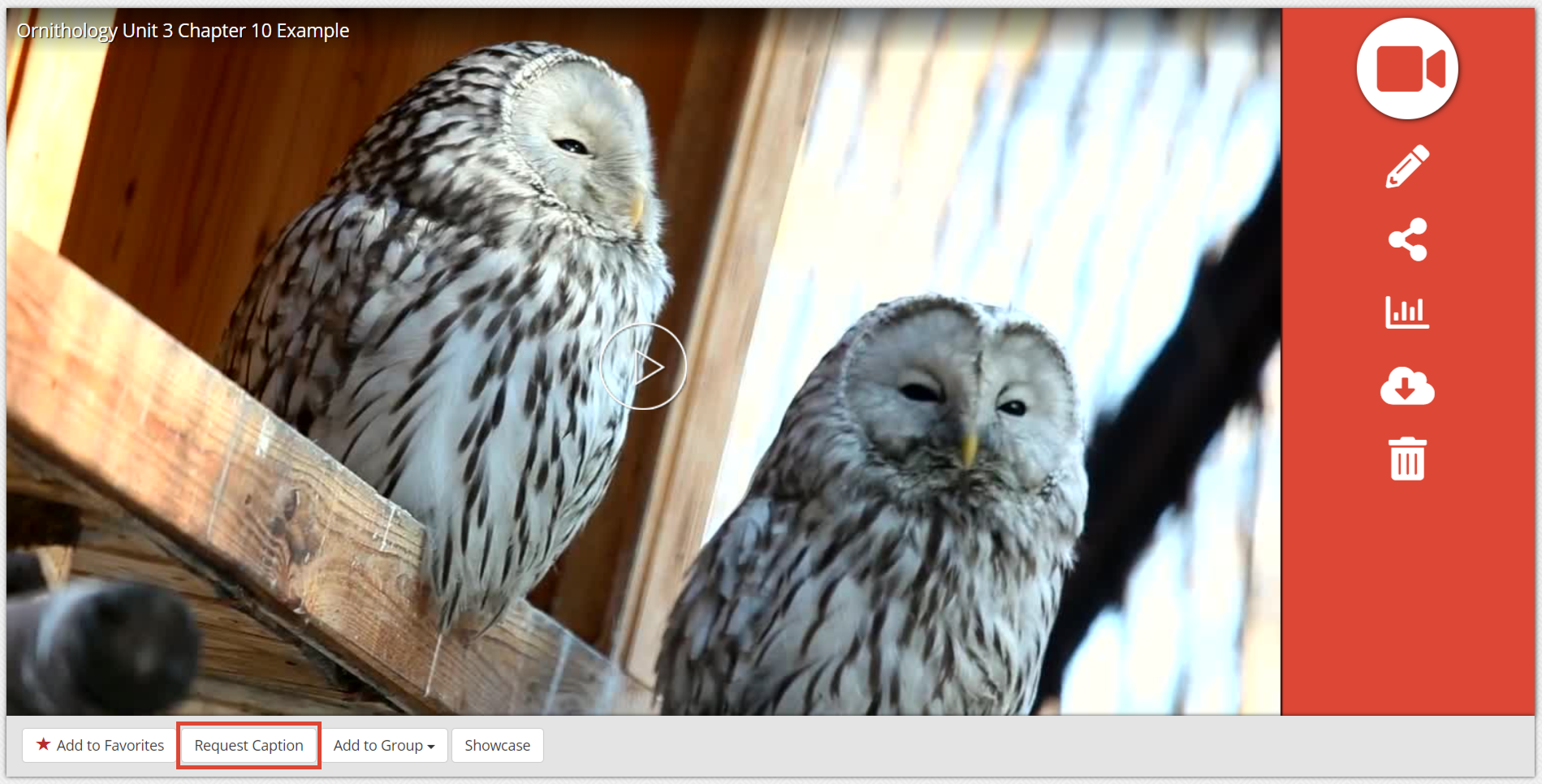 After clicking the Request Caption button, it will be replaced by Caption File Processing until it completes.

After the caption has processed, the Caption File Processing button will be replaced with the Edit Caption button. You can now click that to start editing your caption.

In the caption text box, we can see a second by second breakdown of our video and edit each word of the caption file.

Note: We do not encourage altering the timestamps of your caption file, only the text captioned.

Use the video player to the left of your caption field to watch your video and follow along with the caption text box and your changes.

We also provide the ability to view your caption versions to see changes made either by yourself or a fellow administrator. You can choose to revert back to a previous version of your caption file as well. If your district has purchased Foreign Language Translation hours then you will be able to request those captions at the bottom of the page.